Today, Stephen Tremp, author of Breakthrough, talks about Character Arc, what it is and how it plays into the success of your book. You can leave questions or comments for Stephen after today’s post.


Character Arc: character arc is an inferred emotional or psychological development of a character as it unfolds throughout the story. Character arc is absolutely fundamental to story success. According to Larry Brooks it’ s not only how the character learns and grows as a result of their experiences within the story, but how they apply that learning toward their role as the primary catalyst in bringing about the conclusion of the story.

If the hero has something to learn at the beginning of the story (which should be the case), if they demonstrate (or hide) shortcomings and faults that are constantly separating them from what they need and want to achieve, chances are those are the consequences of having some inner demon that influences their decisions and actions. Where that inner demon comes from is backstory.

Character arc and the conflict and tension it causes the main character forms the basis for many movies. The character has a particular viewpoint and through trials and tribulations, his viewpoint is changed, for better or worse. Preferably, the character overcomes his flaws and there is a happy ending or justice is served.

Example: In Michael Clayton, George Clooney’s character starts off with a major weakness: he is cynical and sees no admiral qualities in what he’s doing personally or professionally. However, by the end of the story, he changes completely in order to do the right thing. Storyline: A law firm brings in its "fixer" to remedy the situation after a lawyer has a breakdown while representing a chemical company that he knows is guilty in a multi-billion dollar class action suit.

In one of my daughter’s favorite movies, Beauty and the Beast, we easily see character arc unfold as the story progresses:

Simplified breakdown:
1. Good looking prince who’s overconfident in himself (Flaws: arrogance and inability to love)
2. The prince gets turned into a monster and we learn that the spell can only be broken when he finds someone who loves him for who he really is (inner beauty)
3. He meets Belle, she’s reluctant at first but then through knowing and caring for her, he gets a more sympathetic heart and she learns to understand him.
4. His arrogance and inability to love is overcome. End of story. His lesson is learned.
Lights Film School

Equal Time: there are those who believe character arc is not all about change. Rather it is about growth. They will site examples such as Braveheart and The Fugitive. “Growth is all about whether or not the character is moving towards something or away from something - not whether or not they change. You can grow as a person and still hold on to your beliefs - they just get stronger.” Jim Hull .

Please join me tomorrow as I visit Kelly Polark’s blog as we talk about Writers Block. 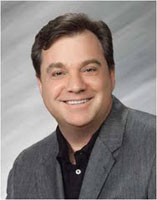 Stephen Tremp is author of the action thriller Breakthrough. You can visit Stephen at Breakthrough Blogs where Breakthrough is available for purchase and download to all eReaders.

If you feel this blog is worthy, go ahead and make my day.
Thank you Stephen.

How about all of you reading Stephen’s post today: Do you chart your protagonist’s arc in your manuscript? Before you begin writing do you know how that character will change over the course of the book? Any questions or comments for Stephen?

And if you have any questions for me about Research, that's the topic I'm addressing today over on The Blood Red Pencil.
Posted by Helen Ginger at 4:34 AM